Just a week from the general election, Stewart said today that he thought it was a mistake for Ed Gillespie to distance himself from Trump. But regardless of Gillespie’s ghosting on both Stewart and Trump during his campaign, Stewart also said that he and Trump were unified in their steadfast support for Gillespie.
American Bridge spokesperson Lizzy Price made the following statement:
“Make no mistake-Trump and Stewart are on the Gillespie team because Gillespie has adopted their disgusting racist rhetoric and policies throughout this campaign. A vote for Gillespie is a vote for Trump, plain and simple.” 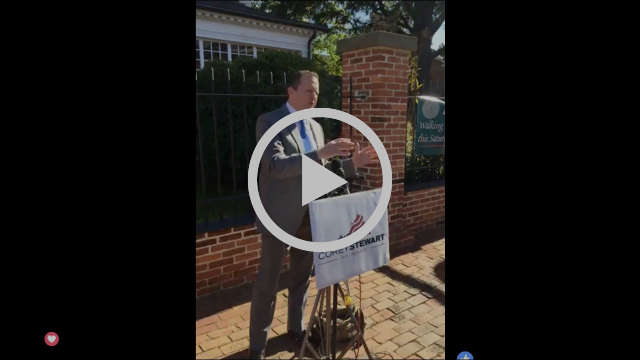 Transcript:
Question: “What is your feeling that Mr. Gillespie has not invited you to appear with him?”
Corey Stewart: “That’s fine. Look, he sees me as the extension of the President. You know, their position is we need to try to reach out to more independent voters and that’s their decision. I’m not running his campaign, that’s their decision to make. I don’t feel offended by that at all. You know, I think it’s a mistake to distance himself from the President of The United States, but the fact is is that we are unified in this one thing – that we want Ed to win.”