Thursday night, Donald Trump upended the Virginia gubernatorial race by endorsing Ed Gillespie and his race-baiting campaign. Trump’s racist rhetoric is always shocking, but the fact that he’s all in for Ed Gillespie is no surprise. Gillespie’s spent his whole life rigging the system for rich guys like Donald Trump, and in this race he’s fully embraced Trump’s outright racism.

Gillespie is all in on Donald Trump’s race to the racist bottom.

American Bridge has been documenting the Trump-Gillespie mutual admiration society for months. Here’s the backstory:

“Ed Gillespie and Donald Trump have fully embraced the same racist, divisive policies that do nothing but hurt Virginia families, Trump just made it official last night. The Trump-Gillespie plan — divisive rhetoric, tax cuts and special treatment for the rich — isn’t working in Washington, and it won’t work in Virginia either.” 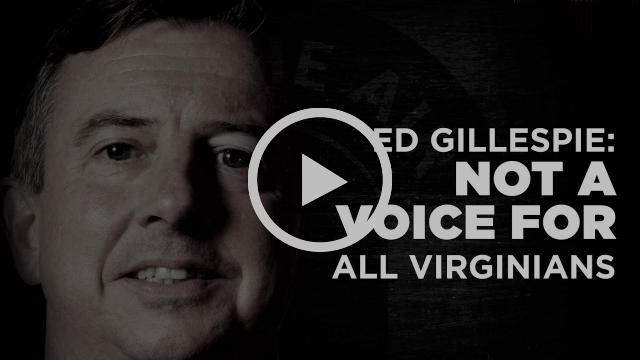