With one week left in the Virginia gubernatorial race, Gillespie is doing everything he can to align himself with Donald Trump. It’s now clear that Ed Gillespie is no longer the ventriloquist (one of his lifelong hobbies) – he’s actually Donald Trump’s puppet. Today, American Bridge released a video highlighting the many times Ed Gillespie has fallen in line with his puppet-master.

“Gillespie’s embrace of Trump’s ghoulish impulses isn’t a costume he can take off on Wednesday; it’s how he’ll govern if elected. If Ed Gillespie is governor, Donald Trump’s racist rhetoric and backwards policies will haunt Virginia families for the next four years. Terrifying indeed.” 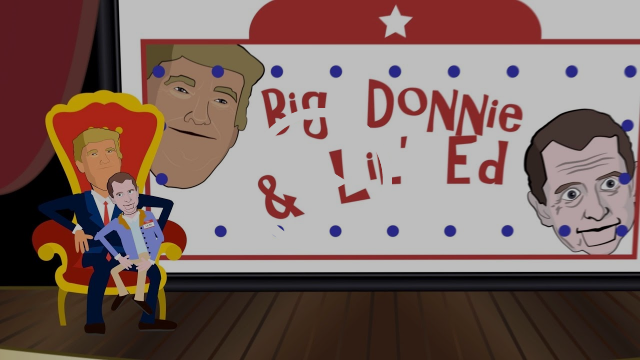 Ed Gillespie is nothing but a puppet for Donald Trump.

Ed Gillespie has been a ventriloquist for years. Now, Ed Gillespie is nothing but a puppet for Donald Trump. They agree on restricting a woman’s right to make her own health care choices. They both want to take health care away from thousands of Virginians. And Gillespie’s campaign has echoed some of Trump’s most racist and divisive language. But the scariest thing? If Gillespie wins, Trump will have a puppet leading Virginia. Terrifying.