Today, American Bridge launched a series of Get-Out-The-Vote ads in Virginia. Targeting democratic and progressive voters, these ads will encourage Virginia voters to show up at their polls and vote for the Democratic ticket on November 7th.

The first ad, focused on women’s health, calls out Republican nominee Ed Gillespie for wanting to “turn back the clock for women.” During this campaign, Ed Gillespie has admitted he wanted to ban abortion, sounding more like his friend Trump’s plan to punish women for having an abortion. In 2012, Ed Gillespie was the “brain child” behind Conscious Cause, a group that aimed to strip away the birth control mandate from the Affordable Care Act.

“From wanting to ban abortion to weakening birth control access, Gillespie doesn’t trust women to make their own decisions about their body. Northam trusts women. The choice is clear.” 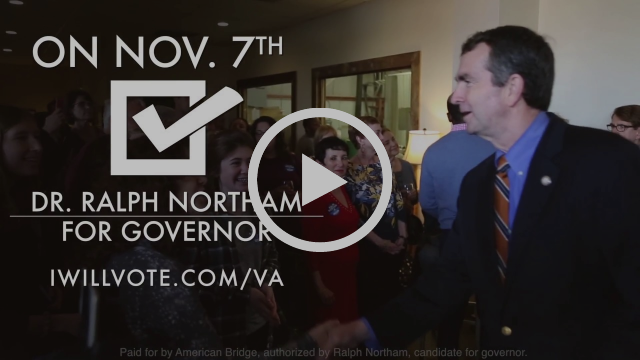 Narrator: Ed Gillespie would turn back the clock for women. He wants to ban abortion and weaken your access to birth control. But together, we can stop him. On November 7th, vote Northam.